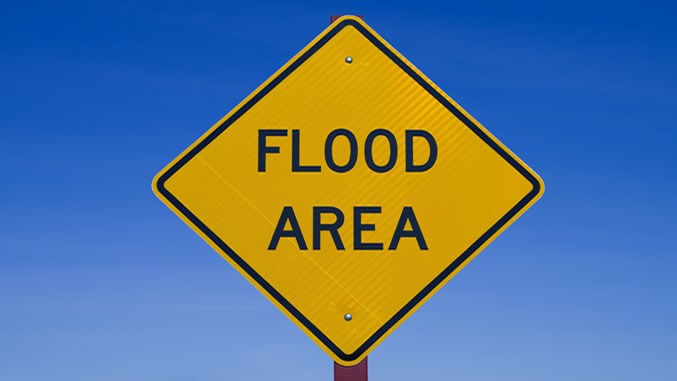 Historic rainfall in one of the wettest days in recorded history for Southeast Michigan has resulted in widespread flooding throughout the metro Detroit area. As a consequence of the downpour, the area’s homeowners and businesses suffered substantial property losses, from stranded cars on submerged freeways, to flooded basements and loss of business activity.

According to the National Weather Service,  especially hit were the cities of Dearborn, Dearborn Heights, Oak Park, Ferndale, Highland Park, Ferndale, Berkley, Rosedale and Huntington Woods. As freeways open and things get back to normal, thousands of homeowners have one pressing question…

How to recover property losses due to recent rain and flooding

In most instances, homeowners policies do not provide coverage for damages from flooding. However, there are particular instances or individual scenarios where the insurance companies are liable to pay, at least partially, for the property loss claims due to damages from heavy rains and ensuing flooding.

Understanding what’s covered and what’s not under the homeowners policy, flood insurance, and sewer backup coverage, will help you maximize your chances of a successful insurance claim and your settlement.  Read on to find out what you need to know to recover your property losses due to rain, flooding and sewer backup.

Property damage due to flood water

Flooding for insurance purpose is defined as ground waters saturating into or entering a property from ground level.  Most homeowners insurance policies do not cover flood damage. The only type of insurance that covers actual flooding is flood insurance purchased through the National Insurance Flood Program.

Homeowners living in high-risk areas for flooding are likely to have purchased flood insurance; if their property damage was due to flash flooding or rising waters, they will be reimbursed according to the terms of their flood insurance policy.

If the water damage occurred as result of the water entering the property from above (as opposed to ground waters), for example through the roof or open window, the resulting water damage is likely to be covered by the homeowners policy, provided you file the claim adequately, as a water damage claim, and not as flood claim.

Property damage due to sewer backup

In the case of the metro Detroit flooding due to torrential rain, the streets and basements flooded mostly due to an overwhelmed sewer system. Neither flood insurance from the federally funded National Insurance Flood Program nor regular homeowners policies cover sewer backup claim.

However, according to the Sewer Backup Legislation from 2001,  your municipality may be liable for your property damage.

Act 222 of Public Acts of 2001 clarifies when municipalities are liable for sewer backups. The Act set standards to determine the extent to which the municipality is liable for backups and established a process that affected persons must follow to seek compensation when a backup occurs. Anyone making a claim for property damage or physical injury must prove that the public sewer had a defect.

In addition, it must be proved that the governmental agency knew, or in the exercise of reasonable diligence, should have known about the defect, and that the governmental agency having the legal authority to do so, failed to take reasonable steps in a reasonable amount of time to repair correct, or remedy the defect. If you experience an overflow or backup of a sewage disposal system or storm water system, and intend to make a claim, you must file a written claim with your municipality within 45 days after the overflow or backup is discovered.

Maximize your chances of a successful insurance claim

The determination of how the water damage occurred and its classification for insurance purpose as water damage, flood damage or sewer backup damage can make the difference between getting fully reimbursed for your loss claim or possibly having to pay out of pocket the costs of repair, which could easily run into thousands or tens of thousands.

The insurance companies do everything in their power to pay as little as possible for every property loss claim.  Level the playing field by having your own team of experts to help maximize your chances of a successful property loss claim.  Our public adjusters, appraisers and loss consultants have helped hundreds of policyholders just like you get fair settlements for their water damage claims.