What You Don’t Know About Property Loss Claims 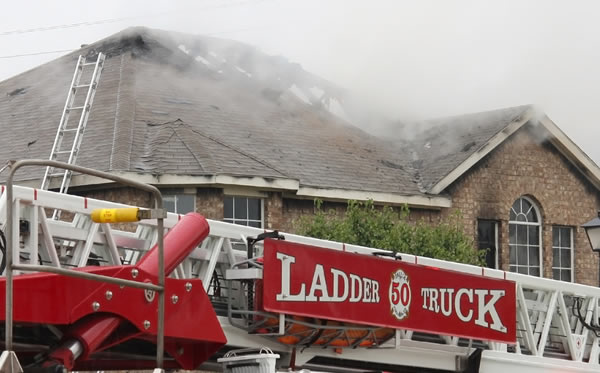 05 May What You Don’t Know About Property Loss Claims

Most homeowners have only a vague idea about what their insurance policy covers. In a way, it makes sense, as no one likes to dwell on unlikely future disasters and the misfortunes they could bring. But, when disaster strikes, this puts many in a precarious situation, and often on the brink of financial ruin.

Some diligent homeowners do take the time to learn about their insurance policy coverage and even update it regularly to include recent home updates or purchases.  But the large majority only learn about what their insurance policy covers after they suffered a major loss. At that point, they are already under significant stress as result of the loss suffered, and are easily overwhelmed by the insurance claim process.  This is just what insurance companies count on to underpay claims if possible and improve their bottom line. The systemic underpayment of property loss claims, especially complete fire losses or large property losses from other disasters, is mostly the result of the insurance companies taking advantage of the lack of policy knowledge and the emotional draining of the insured public following a large loss.

How a Public Adjuster can Help!

An experienced public adjusting firm has the right resources and know-how to steer the claim in the direction that is most beneficial to their client and the success of their claim. You can’t expect this sort of advice from the insurance company – it comes with a large cost to them.

Here are some of the issues we see over and over in the insurance claim process that homeowners, to their clear disadvantage, are often not aware of:

If you have suffered a major loss, the insurance company may be quick to cut you a check. At first you may be relieved, only to later realize that it only fractionally covers the cost to rebuilt and replace lost property. First offer settlements are often grossly insufficient, and accepting them may mean you’ll have out of pocket for a large share of the rebuilding. If you accept a final settlement or sign a release on the insurance claim, there isn’t much you can do to remediate at a later date.

Insurance companies have contracts with select companies to provide restoration services for insurance claims. They often recommend or request that you use one of these preferred providers to clean, repair or reconstruct. While this may seem like a good idea at first, as the contractor is already vetted by the insurance company, in may in fact come with a large cost to you. When working with a preferred provider, it is the insurance company adjuster that determines the extent of the damages and the contractor will be easily persuaded to agree in order to get this job, and future ones, from the insurer.

Often, these preferred contractors will offer to work as an “adjuster” on your behalf and take care of the claim processing. Do not be fooled! Even if apparently they seem to negotiate certain costs, they are in fact in the pocket of the insurance company and are looking out for the insurer’s best interest, not yours. The contractor may cut corners in labor and materials to get the job done within the restriction of the settlement, when it should be the other way around. The insurance company is by law required to bring the property to pre-loss conditions. You are entitled to materials and labor that will accomplished that, not to substandard ones imposed by limits predetermined not by your contract, but by the insurance adjuster.

A major property loss unsettles families, routines and lives for months and even years. What is just another claim for an insurance company, it’s usually a life changing event for the insureds. With large loss claims dragging on for years, people are eager get back to normal, rebuild their lives and move on. That’s precisely what the insurers count on to pay less that they know you deserve.

The claim process is tiresome. There are maybe old receipts to look for, ashes to sort through, a mess to deal with, and the impact of it all on your family. You may be completely frustrated and just want to settle, so it’s all over with. You may even know you’ll only get a fraction of the cost of lost property and belongings, but are completely exhausted and you want to be done with it.

In such instance, the value of hiring a public adjuster is unquestionable. A public adjuster won’t be overwhelmed; this will be doing their job. They are aware of the games insurance accompanies could play, and won’t give in to them. they will stand by you, to guide, advise and even encourage. As they know, in the end, the insurance companies have to follow the rule of the law and reimburse you for your property losses to the full extent you are entitled to under your insurance policy.

Contact a public adjuster today to level the playing field, get peace of mind and increase your chances of a successful claim.