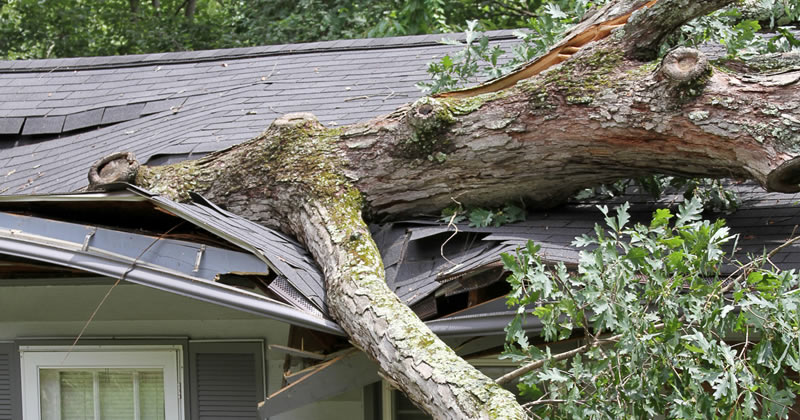 The Michigan Insurance Code mandates that all homeowner’s insurance policies issued in Michigan have to provide, at minimum, coverage for the “actual cash value” of the lost property.

Initially “actual cash value” or “ACV” was equivalent to market value. This sort of interpretation was later overturned in the courts, and many states including Michigan adopted the “broad evidence rule” to determine the ACV for a property loss. Under the broad evidence rule, other factors besides the market value of lost property, can be employed by both insurers and homeowners in the process of establishing the claim dollar value. Such factors include replacement cost, depreciation and state equalized value.

However, in 1992, the Michigan Supreme Court stated that “actual cash value” should be computed as “replacement cost less depreciation”.  The National Association of Insurance Commissioners (NAIC) also defined actual cash value as “the amount it would take to repair or replace damage to a home and its contents after depreciation” This ACV calculation and the broad evidence rule are both frequently employed by insurers and homeowners in evaluating property losses, and have become the standard methodology for the insurance industry for both underwriting policies and paying out claims.

Therefore, while homeowners covered under “actual cash value” policies may not find an exact definition or computation algorithm spelled out in their insurance documents, they can safely assume the basis for the claim payout will be computed by subtracting depreciation from property replacement cost.

In a very simplified example, if you file a property loss claim for a computer you purchased 4 years ago at a cost of $3000, the insurance company will look at what a similar computer sells for now (substantially less as the model is outdated, less say $2000) and from that amount subtract depreciation over 4 years (roughly 57% considering a computer has a useful life of 7 years ). The ACV value would thus be calculated at $860 ($2000 – $2000*0.57). Out of this amount, the homeowners should subtract their deductible to find out the value of the claim payout.

Because of depreciation, in the case of extensive property damage, homeowners with “actual cash value” policies could be in real financial trouble. An actual cash value policy, may in the end pay just a small fraction of the reconstruction and replacement costs. One may be able to go out and buy a 4 year old computer similar to the one you lost with an ACV settlement, but if it’s a 15 year old roof destroyed by a storm, or 10 year old kitchen cabinets destroyed by a fire, it’s next to impossible to do the same.

Homeowners with ‘actual cash value” policies need to carefully explore all possible reimbursement avenues to mitigate their losses. Insurance companies in general adhere to certain methodologies, but there are also grey areas in the claim settlement process. Beside objective criteria, like ACV which is determined by a straight forward formula, the insurer could also use subjective ones in determining the settlement amount, like the wear and tear of property based on photographic evidence, or physical condition of the property at the time of loss as determined through interviews of homeowners or other witnesses.

Employing the help of a professional adjuster company for loss appraisal, claim filing and claim representation with the insurance company, will help homeowners secure their peace of mind and increase their chances for a timely and advantageous settlement.